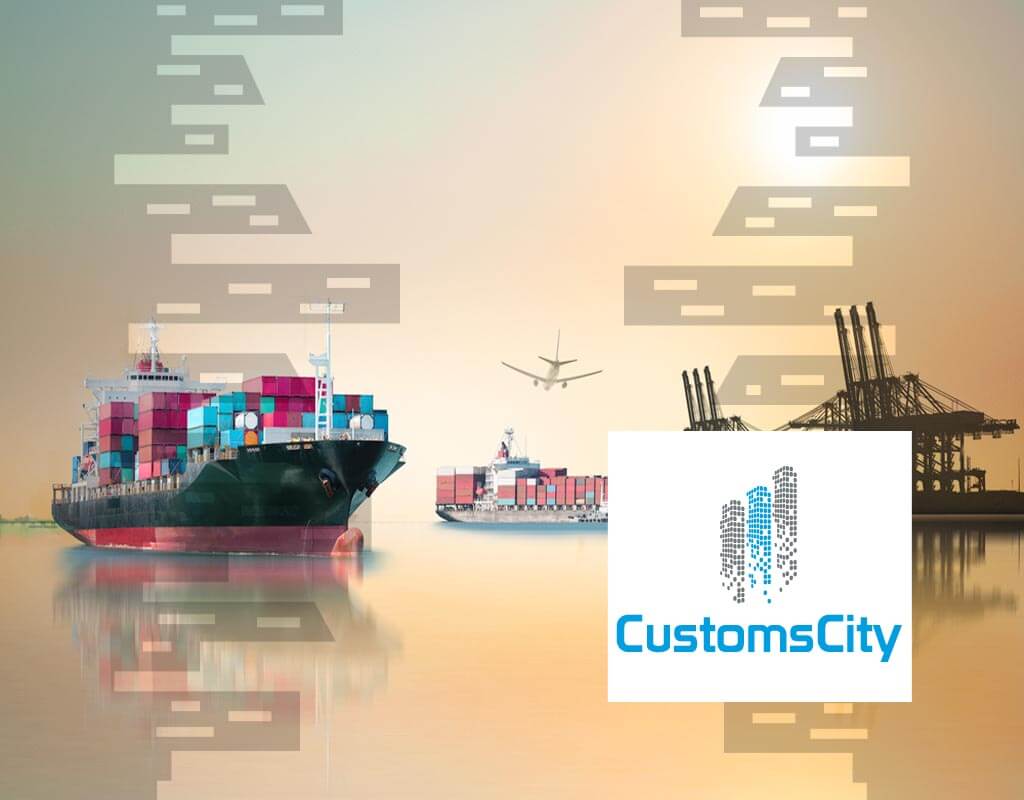 eCommerce has been growing rapidly and this comes with immense business opportunities. Indeed, increased global trade paves way for the growth and development of import and export businesses. With this increase in trade, it’s necessary for U.S Customs & Border Protection (CBP) to come up with processes that regulate e-commerce shipments. One of these processes is ACE Ocean or otherwise known as AMS Ocean. CBP has the mandate of ensuring that international travel and trade follows the rules and regulations set by the WCO (World Customs Organization) framework of Standards to Secure and Facilitate Trade (SAFE).  Through this, CBP can protect the borders of the U.S by safeguarding it from dangerous cargo and dangerous people. Moreover, it helps in facilitating international economic competitiveness by making legal trading and travel possible. The following are critical essentials about the CBP ACE Ocean for e-commerce shipments that international traders need to know. 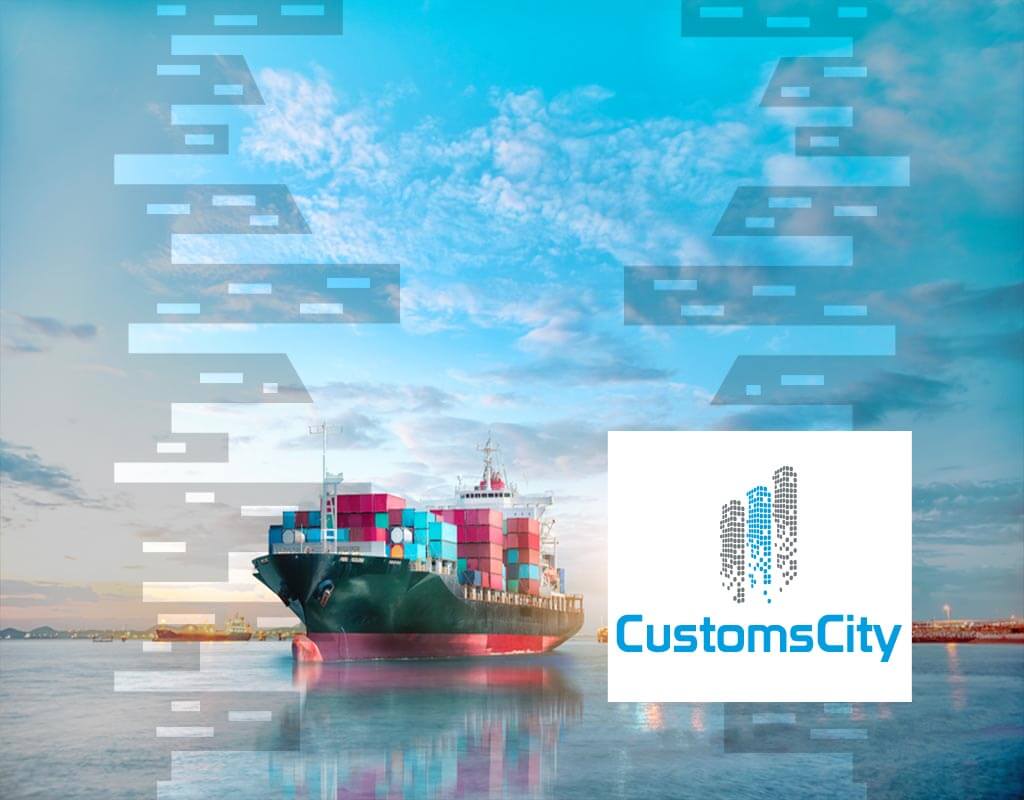 What Is ACE Ocean?

Complying with CBP regulations has a lot of significance for e-commerce shipments. If you are a trader transporting cargo to the U.S, you have to do so following the rules put in place. For this reason, ACE (Automated Commercial Environment) plays a crucial role in providing the right environment for marine processing as well as ensuring that there is full compliance with CBP rules. Having been introduced by the U.S CBP, ACE Ocean serves as a system that controls shipments and release notifications for ocean cargo.

Through the Automated Commercial Environment (ACE) international traders can submit shipments and data electronically to the U.S CBP. If using a service provider such as Customs City Global Solutions some of the features in the ACE Ocean service include 24-hour customer support, multiple subscription plans, and various connectivity options. These features help to make the ACE Ocean system work effectively for quality communication between trading parties and CBP.

Effective communication between the U.S CBP and the international trading community is paramount. It’s through this system that the trading partners involved can communicate directly and follow-up on important information regarding cargo travelling in and out of the U.S. For example, ocean carriers have the obligation of presenting advance electronic manifest and any other relevant records to CBP through the ACE Ocean system.

It’s notable to point out that ACE is the new platform at CBP. In the same vein, AMS is the legacy platform, and a detailed description of the same is below. 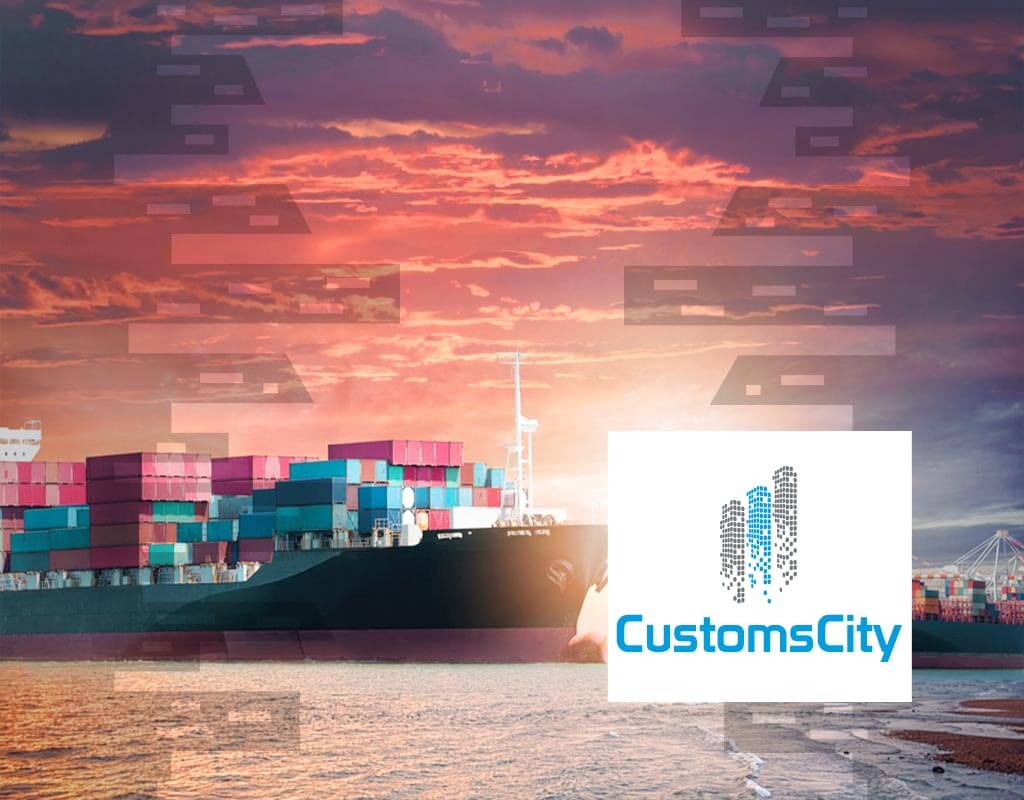 What is AMS Ocean?

AMS refers to the Automated Manifest System. Essentially, it’s an electronic data transmission system controlled by U.S customs. U.S Customs uses the information transmitted through AMS Ocean to process shipments coming into the country. Specifically, air and ocean cargo coming into the U.S must have an AMS filing with comprehensive information about the shipment. This acts as a security measure. The system came into existence in 2002 to provide sufficient security and safety measures during shipment transportation. Through this, it’s possible to track freight and to mitigate any security threats.

It’s the freight forwarder or carrier who does the AMS filing. The filing of shipment details happens 24 hours before loading for ocean cargo. Cargo reporting is the first point of information transmission that carriers should undertake. Ocean cargo also requires to have an Importer Security Filing (ISF) send to CBP at least 24 hours before the loading of cargo into a ship. Forwarders have to ensure that they present the necessary information before the ship arrives at the port. 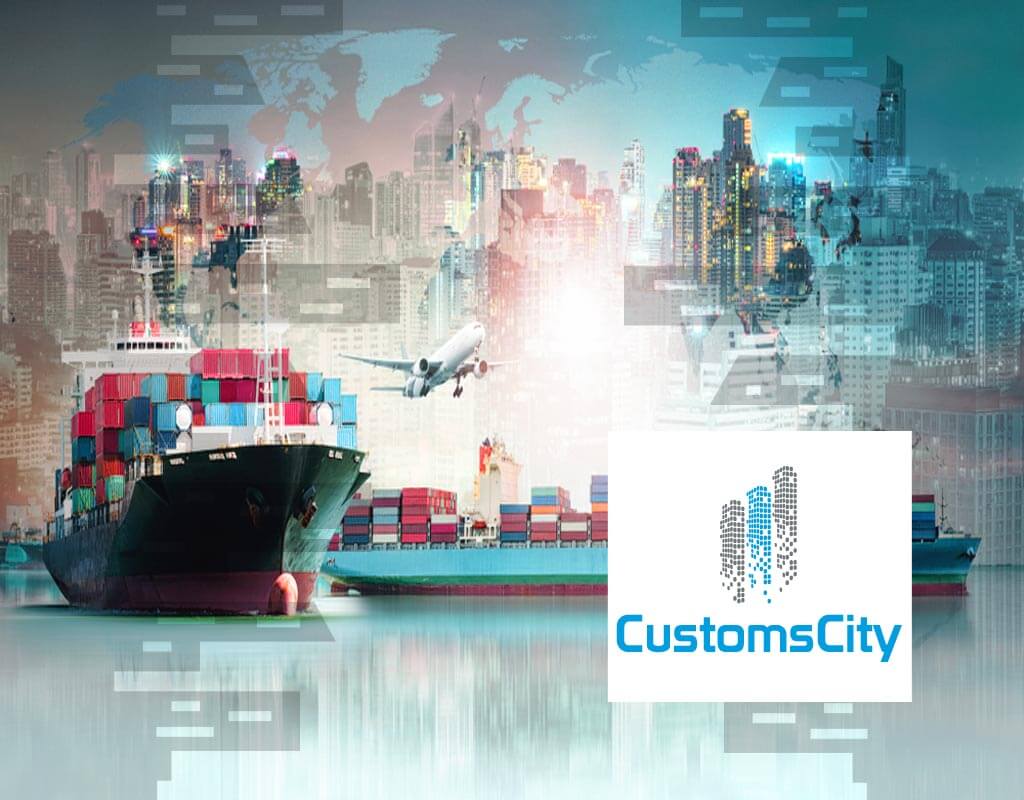 CBP has to make sure that there is full compliance with all international trading rules and regulations. In today’s day and age where the risk potential is high, custom officials have to ensure that trading parties are in full adherence to the expected security and safety measures. This is where the ACE Ocean eManifest comes in. Fundamentally, this is a vital electronic document that contains every necessary detail of trading transportation. A cardinal point to note here is that CBP should receive and authenticate ACE Ocean eManifest at least 24 hours before departure or before arriving at the port of destination.

For bulk and non-containerized shipments, CBP must receive and authenticate the eManifest 24 hours before the ship arrives. eManifests for empty containers should be received and confirmed by CBP 24 hours before arrival. Also, if the travel is not more than 24 hours in duration, shipment and conveyance information has to be transmitted at the time of departure from the place of origin.

The informational elements to be included in the eManifest include: 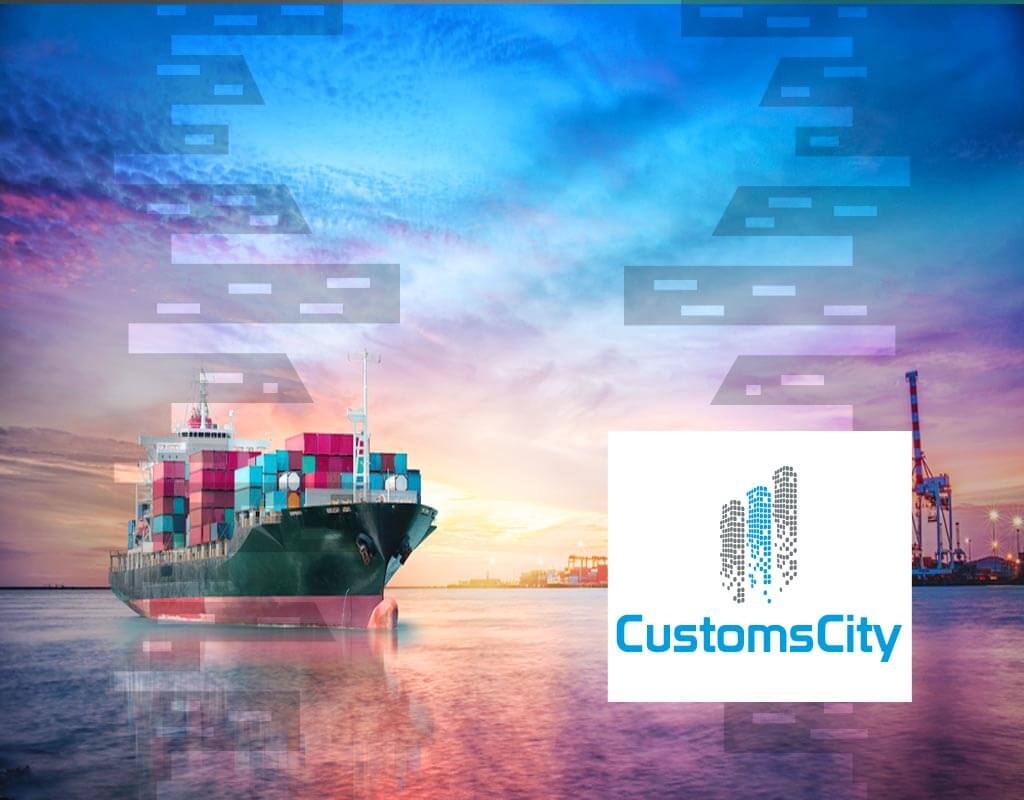 An Importer Security Filing (ISF) refers to a security filing that CBP requires for ocean import shipments. CBP requires importers to file ISF 24 hours before loading. Various significant pieces of information are contained in an ISF. Ten data elements contained in an ISF are sent by the importer, and 2 data items from the carrier.

Below is the information included in an ISF:

Information from the importer or supplier

Section 321 is also an important element of the U.S CBP cargo control process. It allows for the release, at the border, of shipments valued at 800 U.S. dollars or less. For cargo to qualify for Section 321, it should not be more than $800 in value. Section 321 value was previously capped at $200. Upon the passage of the Trade Facilitation and Trade Enforcement Act, the value increased from $200 to $800.

Of great interest currently is Entry Type 86 which is an electronic release option for low-value shipments. This is an entry type for merchandise imported into the United States valued at less than $800.  Entry Type 86 allows for the importation of merchandise without having to pay duties and taxes. This informal entry needs to be submitted by a customs broker.

One of the goals of this entry type is to speed up the clearance time of eCommerce shipments. Through this, it allows for greater efficiencies when it comes to the clearing of low-value shipments. It paves the way for the identification of high-risk cargo, which makes it possible to enhance safety and security. Moreover, it goes a long way to reduce costs. With timely and precise information and reduced labor by using an electronic release option, it’s possible to reduce costs significantly for CBP.

Without a doubt, global eCommerce has played a major role in the increase of shipments that come to the U.S. It’s for this reason that CBP has continuously put in measures to ensure that security and safety precautions are strengthened at the borders. Apart from the security aspect, the role U.S CBP carries a great deal of significance in ensuring that the level of trading competitiveness at the international level increases. Therefore, it’s noteworthy to assert that U.S CBP has a massive role to play in the nation’s economy. 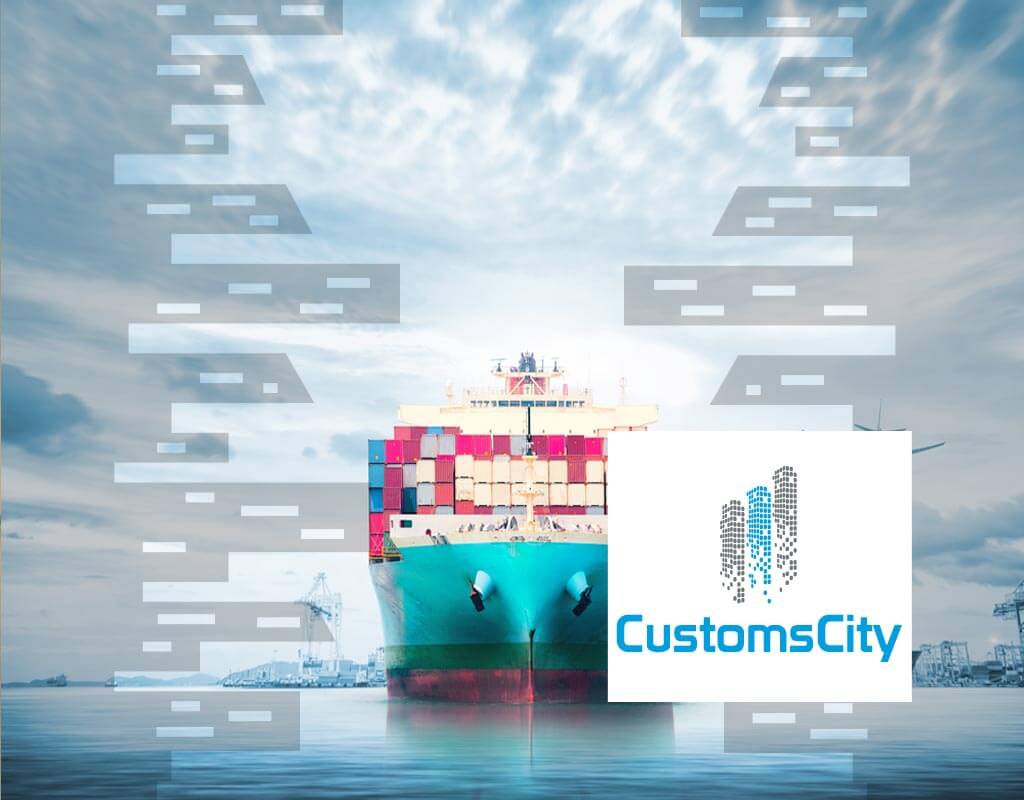